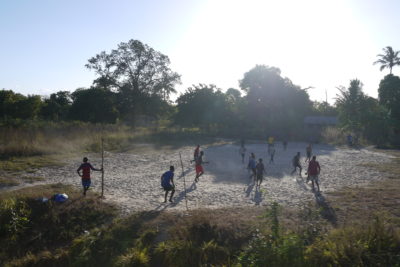 for the Broker’s Sahel Watch, a interactive time-line on Mali was made, and a interactive map of the area was drafted, indicating the various factors that can influence the current conflict. In addition, a number of stories and articles were written and edited.

developing and writing the bidbook of a yearly interdisciplinary science festival putting science at the centre of debate, using the arts and combining perspectives from different sciences

realising a storytelling competition various mixed neighbourhoods in The Hague, helping participants to tell their story on stage

Everyone should have an orchard, especially you live in a crowded urban area. In 2017, Klaartje decided to pay homage to these fruit trees and the species that support them, by starting MobileOrchards.com: an initiative to increase knowledge on the richness of the forests, reviving traditional knowledge and providing ways to green the city and feed its inhabitants during times of urbanisation. Apart from designing creative concepts to facilitate mobile mini orchards and edible installations at sometimes awkward places, with Mobile Orchards Klaartje researches and initiates community food forests that help provide communal living pantries, preserve biodiversity and help exchange local knowledge. In 2019, the first food forests were being realised in Zoetermeer (the Netherlands, former peat and clay farmland) and around the Kambisa! community centre in Chilonga (Zambia, Miombo woodland under threat of deforestation).

Early 2002, Klaartje Jaspers & Co. initiated an independent magazine to help local Zambians express themselves in the media, and to bridge the information gap with news consumers in the West. The magazine was soon followed by a live radio programme, a series of films and documentaries, a theatre production and a range of demo’s of previously unrecorded musicians. Since 2006, Kambisa! also facilitates workshops in the Netherlands, and exchange programmes between Zambian and Dutch media makers, but also within local communities.

Visiting a lot of film festivals in Zanzibar & South(ern) Africa, Klaartje got to meet a lot of artists which could give us a fresh perspective on things. Their works, and those of fellow minded all over the world, were collected at thinono.org